Saying Yes, Miracles, and The Unknown

I don’t know what I am doing.

And I have no idea where I will be living in less than 60 days.

For over a year God has been stirring in me a prayer for hospitality and nudging me toward opening my home for a recurring ladies gathering. Thankfully He’s patient since life has caused me to make the sane and safe decisions over and again of saying “not right now.” Then the pressing became more frequent, more prevalent, more obvious. I couldn’t escape all the ways He was telling me it’s time to just say yes. So finally, I say yes. And then He stirs in me to pray again about another thing I have been in prayer about for over a year, wrestling back and forth on the decision…a prayer to decide if I am supposed to sell my house or not. My beautiful dreamy house that I’ve grown to love.

Yes. Yes, you read that right. God called me to do a ladies gathering in my home. Then He told me to sell my home.

But as I prayed God led me to a story in the old testament of the Bible about a guy named Gideon. There it was, God was using this story to tell me to test Him. To place a “fleece” before Him to allow Him to show me this is Him telling me to do the crazy things. After praying over it and realizing what God was showing me in that story, I placed my “fleece” before Him. I even made a note in my phone so I could go back and read it again and see that it wasn’t something in my head because none of this made logical sense… And I decided to ask and believe for something HUGE because that way there would be NO questioning that He was in this…

Y’ALL!?!?!? HE DID THE THING!! The “fleece” I set before Him was placed before Him in 2 levels because I’m weird like that. Level 1 was “okay, You’re really in this and I’ll keep tip toeing forward.” Level 2 was “OH MY GOODNESS I’M GOING TO CRY MY EYES OUT if it happens and I’m all in.” I figured, go big or go home, right?!? (proverbial home…since…I was probably selling mine…)

He went above and beyond level 2!! I got the message, and when I viewed what He had done I literally went to my knees and sobbed as I prayed prayers of gratitude with my hands raised. Thank Jesus I was at home, because I don’t need any other reasons for people to think I’m crazy.

Even with this incredible thing He provided to me to help me see, I still struggled with obedience to what I had agreed to. It was in this time that God challenged me:

“Do you care more about what others think or what I think?”

Honestly? It was true, at the time I cared more about others. What would people think of us? Would they think we’re crazy? Would they think we’re ungrateful or other ugly things about us that we would move from such a gorgeous home we finally finished renovating? Would they think I’ve lost my mind after committing to a group and then selling the location? Would people not come to my group after the first monthly session because of wherever we land? – PAUSE – Ouch. There it was: clearly my focus was on me. I’m thankful for His correction, because my prayers have shifted back to Him. Choosing to care more about being obedient and saying yes than what I’m perceived to be. Choosing to take my fear of judgment to Him and allowing Him to help me stay focused on His heart and His course ahead…

So, friends, that’s where I am. Deciding to care more about obedience than seeming safe. Saying yes. Realizing that I want what He wants for me. Believing that He cares about every detail, even where I live. And when I am afraid or tired, I can trust He’s big enough to catch me when I jump off the ledge into His unknown.

Saying yes because I want to be obedient to what He is doing, and to see His plans unfold in my life and in my home, wherever that will be. Because His plans have proven over and again to be far greater than anything I could ever imagine. Never easier. In fact, His plans always involve sacrifices, come with challenge and are never a cake-walk. Yet with confidence I know I have never walked alone, and every time I walk into His plans, I will see His goodness abound. 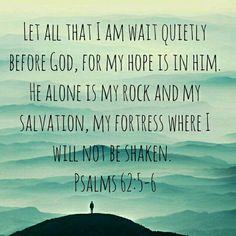 I continue to trust and pray He will guide every step and provide the courage to trust that He is good and His plans are good. To trust that no matter the outcome, when I’m seeking His will – it will all be more than okay. Still a tough journey, but still more than okay.

(If you missed part 1 of this Series, you can check it out by clicking here)

2 Responses to Saying Yes, Miracles, and The Unknown